I've decided I'm going to try my hand at offering commentary on various Q&As I skim through on Reddit as they pertain to the up-to-the-minute issues I see plaguing the dating/relationship front and how it affects our cultural mores and attitudes in the dating marketplace.

It's increasingly important to bring light to these glaring issues and this first post is from r/purplepilldebate (which I spend a lot of time on and find insightful and very useful) puts femininity into question and how women will "continue to reject traditional femininity" because women are, in fact, considered to be second class citizens these days if they choose to serve men in a more traditional capacity.

Please note, I'll be making minor edits/adjustments to the content to make it more readable and grammatically correct.

So let's have a look, shall we?

This post is entitled, "Until feminine attributes are no longer connected with inferiority and being under a man, more women are going to reject traditional femininity."

Men have created their own version of feminine and brainwashed women into believing this is how women naturally act.

That feminine means “vulnerable, docile, submissive." All of these words indicate that not only is the woman less than the man, but the man has inherent power over the woman.

This is why a lot of women are rejecting femininity altogether or are trying to generate a new definition of femininity. The good traits of femininity; empathy, patience, sensuality, thoughtfulness. These need to be the highlight of what it means to be a woman, not the traits that men want, that put them in a position of authority and superiority.

Until men stop trying to enforce their perceived superiority over women, I envision more and more women rebuking the idea of traditional femininity. Because it does not serve women. It serves men. I believe this is also why birth rates and relationships are dropping. Women do not want to be seen as inferior or less than a man. Motherhood is developing a negative connotation as well. All of it is the woman losing her independence and power. Which is something a lot of women are not okay with anymore.

He's correct in that I mentioned above that women are keenly aware of today's negative cultural connotations surrounding traditional femininity, motherhood and especially, being a housewife.

As a housewife myself many years ago, I'd always found myself being confronted with unfair scrutiny and mistrustful attitudes (from women especially) towards my decision to serve my husband in a capacity that would be beneficial to us both.

Beneficial to us BOTH being the key word here. It was a team effort, NOT a woman slaving away and working her guts out to please a man who offers nothing in return.

Is it any wonder today's women think of femininity as akin to second class citizenry? They seem to gain zero benefit from being feminine–especially in being expected to be feminine for a man who's hellbent on not stepping up and doing what's required of him in order for her to be feminine.

The red pill idea of femininity conjured up by many red pill men is just as the poster above describes–a woman who is docile and submissive and "just rolls with whatever" with any man who comes along who demands she be feminine or she's out the door.

Have men completely given up on fulfilling their end of the bargain in holding a woman accountable to her femininity? Do they understand the inherent and symbiotic relationship between masculinity and femininity and how those two aspects come together to allow a woman to be submissive, nurturing and sacrificial for a man?

Femininity requires a very strong man who's in a very strong position to be a leader, protector, and provider. He's a man who has the woman's back at all costs.

To be ultra-feminine to a woman is to feel completely safe and secure in her relationship with a man. She has to be cared for. She has to be treated well. She has to be held in high regard and esteem for her efforts by a man who's sufficiently trustworthy to let her guard down so that she may continually express herself in a feminine manner.

Indeed, men treasure this level of femininity in a woman. But it's in no way one-sided. It's a reactionary response to a man who's a real man in every sense of the word.

When I stayed home for 10 years and was able to fully relax and embody my feminine, every single factor that promoted and encouraged me being able to do so was set fully in place.

You see what I'm getting at here?

It's all fine and dandy to want a woman to be submissive. But women will only see fit to do so if every other crucial aspect of that equation (such as those listed above, as an example) are set firmly in place.

If you want a woman to be feminine, you have to honor her and cherish her needs as a woman. She needs male protection above all. She requires trust and commitment. She needs an honorable man who will do right by her no questions asked.

Cultural connotations and moral matters as they pertain to today's flawed concepts of marriage and family rarely have an effect on a tightly run household between two people who are working together on achieving their goals. Societal change starts at the ground level.

It starts with us.

If your personal goals do not align with wanting a woman to be feminine while you provide the necessary masculine component in that equation, a woman isn't going to be feminine. She's going to resist you on all fronts.

The truth is, the less feminine she is, the less she trusts you to uphold your end of the deal to be a man in the relationship.

Furthermore, women don't have to be reminded to be feminine when the man she's with provokes those instincts in her. She finds herself completely at home among those instincts. She's found her oasis. They come right out and flourish where there's fertile ground for her to relax and be loving and nurturing.

In essence, be a real man and she'll be a real woman. Set those expectations for each other and more importantly, fulfill them. She'll be feminine for you if you do what's required of you as a man. It's that simple.

P.S. Speaking of Reddit, if you haven't joined our private and exclusive Reddit relationship group available only to clients and subscribers, please do so here. 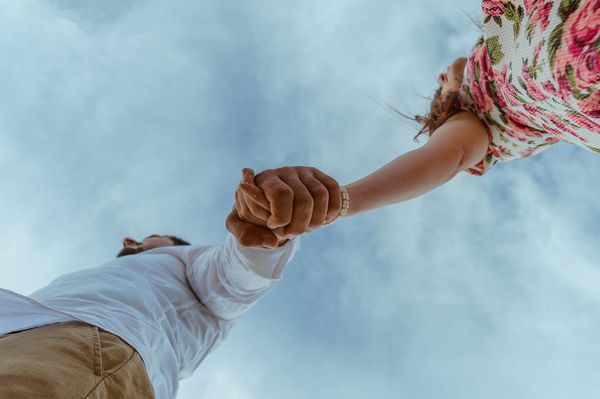