I'd received a lot of flak recently for my numerous observations concerning male/female dynamics in today's dating marketplace.

I've spent the better part of the last two years observing these issues play out over and over again as a result of the hundreds, if not thousands of folks of whom I've had these unfortunate discussions surrounding these issues.

I'm noticing objective patterns with men and how they interact with women–and these aren't my biases. Again, they are based on FACT.

Notwithstanding the issue that I'm a female and I don't adhere to any red pill ideology, if I make any attempt to shine a light on these facts, I'm met with:

"You're just a feminist."

"You have no idea what it's like to be a man trying to date women these days."

"You're a woman. By default no one should listen to you because women don't even know what they want!"

And on and on.

Ad hominem aside, there are major issues plaguing millions of young men in the dating marketplace that women find unattractive–and these women are disqualifying dozens of men on the spot from any further consideration in dating, much less a serious relationship.

People keep insisting "women's standards are too high and they must settle or they'll be doomed to dying alone with 12 cats."

Again, if any woman doesn't find any of the above nonsense appealing, her standards are way too high!

That's right, women are being shamed for not liking men who are so painfully socially awkward.

They are being told that they must choose from only one of two options:

The Chad fuccboi or the dorky star-gazer rocket ship guy. There's said to be no in-between.

And despite red pill men insisting men have to be in the top 10% of men to even be considered a viable candidate in the dating marketplace, I'm here to tell you straight:

It's not about your money or lack thereof.

It's not about your looks or lack thereof.

It's not about your 6-pack or lack thereof.

Most women today just want to find a well-adjusted, NORMAL guy who doesn't talk like the dork in above example. A guy who can relate to a woman as a man, who can talk like a man to a woman, who can treat a woman like a woman and doesn't address women as princesses, queeeens, or fairytale star-gazer goddesses.

Chad seems to be the only man left on earth who has decent enough social skills to properly deal with women so therefore women only want Chads, right? Le sigh.

Women nowadays more than ever are placing a huge premium on men who:

I've had dozens upon dozens of women tell me they've ghosted good-looking guys on the spot who simped and said weird things that made them feel "the ick."

Your looks, money and physique aren't going to save you if your social skills are terrible. That's just a fact.

Women like men who are busy. Men who have careers, hobbies and interests that they're consumed with that have nothing at all to do with women.

Part of being masculine means being very happy and content with being a man who likes doing male things that don't involve women.

A man who is busy being man is a man who has something going for him as a man.

Perhaps you like hitting the iron with your buddies 2-3 hours a day while trash-talking–and no woman is going to stand in the way of you getting out and doing that daily.

Maybe you play hockey. You like getting roughed up and you live for that roughness. Hockey is a game that women can't play. Only men can play it hence, a lot of masculine polarity.

Women can tell when a man has nothing going for him because his life revolves around being needy with women–needing validation and approval from women and needing to plug up all your idle time with worshipping women because your life is empty.

Do guy stuff as a routine, prioritize it and take the utmost pride in it. The red pill insists that, "Women are always trying to take up a man's time and drain the life out of him. Then she will dump him because she changed him into a man she never wanted in the first place."

Pro tip: Women can't drain the life out of a man who actually prioritizes living his life to the fullest as a man regardless of women being in it. Being a man is man thing, not a woman thing.

A man shouldn't be paranoid and jumpy around women, unable to have any kind of basic interaction with them without freaking out.

Women don't want to have to feel like they have to "compete" with women on a screen for intimacy and attention.

And again, if women don't find any of the above attractive or desirable, women's standards are too high. They're going to die alone. They're too picky.

Can you even wrap your mind around that?

Finding a man who can have a basic conversation with a woman is becoming harder and harder for women each passing day.

Luckily, the men who read this blog and participate in my individualized coaching sessions and online courses definitely get it. They realize that brushing up on their social skills is a must. And many of them are able to find relationships with desirable women who find them very attractive and enjoy their company.

It's not what you think, guys. Women aren't that picky. They just keep running into so many men who are afflicted with all of the above issues that they're being forced to be that much more selective and therefore intolerant of behaviors that rear their ugly heads. And they think:

"God, another one. Another 'nice guy' who's a simp. It's hopeless."

Forget the red pill and their bs about 6 foot, 6 packs, 6 figures. So many women today just want a guy who isn't a dork. That. Is. All.

"He has gotten everything from you without him having to earn it. So why should he start earning it now? What's left for him to earn, exactly?"

"Do you really think your woman wants to sit there and listen to you talk about some other woman's t*ts? Or how great her [insert sexual organ here] felt?" 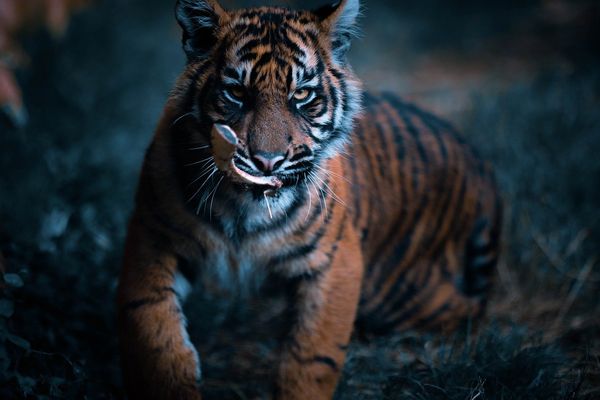 "So you put the boundary in place, refuse to bend and let the guilt 'consume' her. Because then she will finally realize she messed up and whatever the issue is won't happen again."